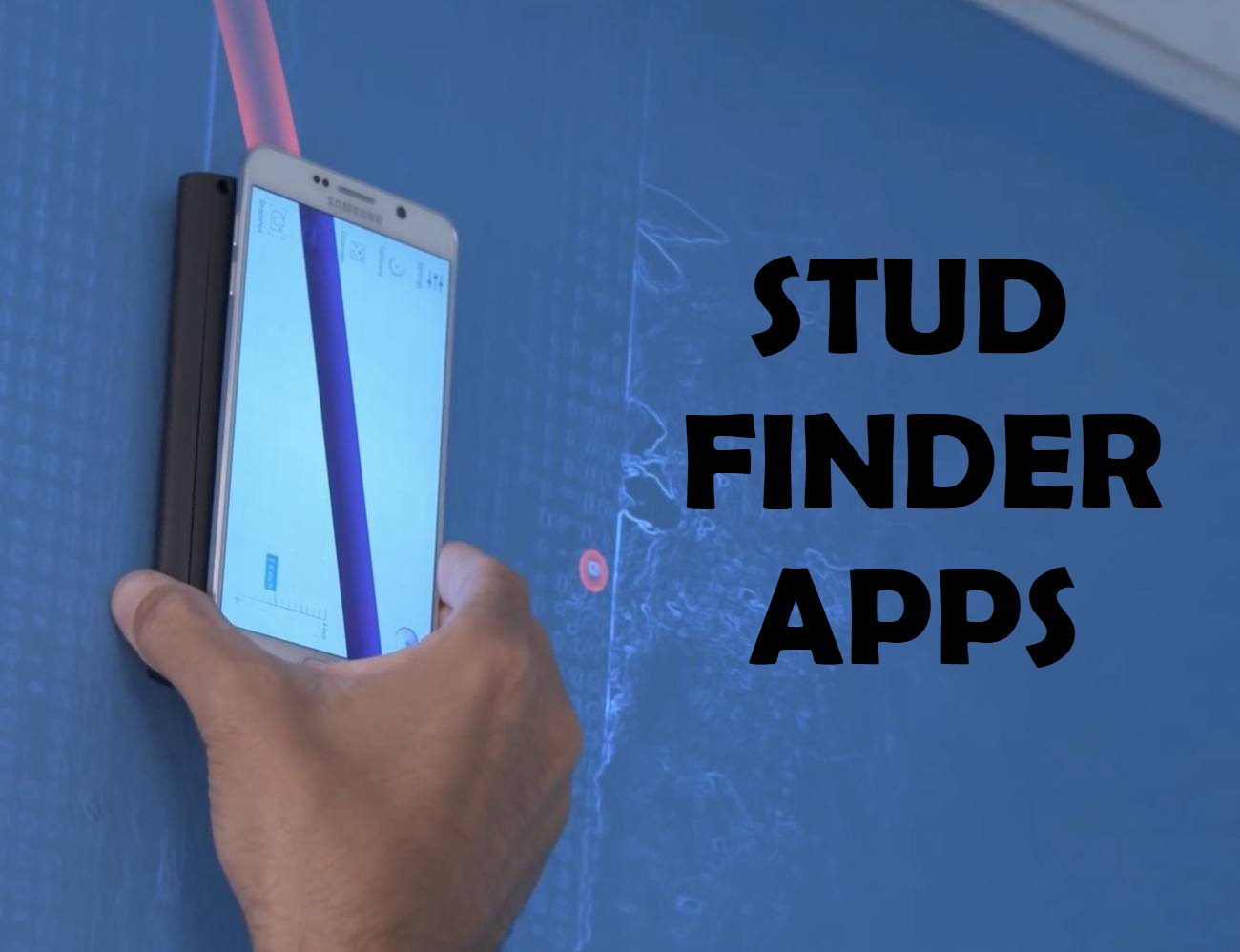 Doing renovations? Smoothening and repainting your walls? Or maybe even just putting up a picture frame? Don’t you want the best results for your home? Or maybe you have lost a precious earring? Misplaced your car keys? For all of this and more, stud finder apps are really the best!

What is a Stud Finder?

Simply put, studs are little pieces of wood or metal previously hammered into walls for various purposes, which may have been plastered over when their utility was over; however because they are unneeded presently, they may cause issues when you try to put in any extra fittings or even try to hammer into the wall to hang up a favorite photo. Here’s where a stud finder is extremely helpful. It helps you detect wooden or metal framing studs, any nails, any wiring, located behind the final walling surface, usually drywall, so that you can bypass or remove those wood or metal pieces when you are doing anything to your wall. Usually, stud finders are handheld and are of two types: magnetic stud finders and electric stud finders.
Magnetic stud detectors use magnets to locate metal in the walling material because the magnet is attracted to the metal. The attraction grows stronger as the magnet gets closer to the metal in the walling. On the other hand, electronic stud finders rely on sensors that detect changes in the dielectric constant of the wall.

What is a Stud Finder App?

Nowadays, most of our work gets done through the phone. Then why not make this tedious task of ensuring our walls are clear of unnecessary wood and metal debris much easier by using the phone?

For this purpose, various wall stud finder apps have been created that can be easily installed into your cellphone or smartphone. All you have to do is hold the phone up to the wall, which task gets even easier if you use your selfie stick, for the hard to reach places!

Like many old-fashioned stud finders, most stud finder apps are magnetic, meaning that they simply rely on the phone’s built-in magnetometer to locate metal objects inside walls. Most phones are equipped with magnetometers today.

Stud finder apps make use of modern smartphones’ magnetometer sensor to pinpoint the exact location of wall studs. A magnetometer detects the nails, screws, and joists that act as fasteners for studs. Because wood studs are fastened with metal nails and/or screws, these applications are able to pinpoint their locations.

Besides functioning as an alternative magnetic metal detector, the sensor is also used for compass apps in phones. It works by measuring magnetic fields and can determine the device’s orientation in relation to the magnetic north. It is also used with the accelerometer and the GPS unit to determine the device’s position. It is through the magnetometer that digital maps are auto-rotated based on orientation. Meanwhile, the accelerometer determines movement and the GPS determines position.

So yes, they do work. You just need to follow some simple steps as directed in the apps and you’ll be good to go!

There are a variety of smartphone stud finder apps available today, most of which are easily downloadable from either the AppStore (for Apple device users) or the PlayStore (for Android users). Here’s our list for both Apple iOS users and for Android users.

What are the best stud finder apps for iPhone?

This app allows you to turn your device into a metal detector. It utilizes your device’s magnetometer or compass for searching magnets and metals. The app can also detect electromagnetic fields, as well as find studs and wiring on walls. Paid version on the AppStore.

The Metal Detector / EMF Meter is an app for detecting the electromagnetic field or EMF. This app utilizes the internal compass hardware of an iPhone or iPad. When detecting metals or EMF, raw data is shown and it can be recorded and sent to an email. Available for free on the AppStore with in-app purchases.

Electromagnetic Detector EMF is an app for identifying electromagnetic fields or EMF. Since iPhones and iPads have compasses, they are compatible with this app. The app has utilities like EMF warning, EMF Meter, metal detector and ghost detector. Available for free on the AppStore with in-app purchases.

Metal Detector by Alexandr Balyberdin is a free app for iOS devices in which you are able to detect any magnetic metal nearby. You can shake it to calibrate and it features great usability. It is a popular metal detector app. Available for free on the AppStore.

Smart Metal Detector is an app for detecting nearby metals. It utilizes your mobile device’s built-in magnetic sensor. Ferric metals and magnets are searchable with this app, ideal for stud finding, treasure hunting or even ghost hunting. Available for free on the AppStore with in-app purchases.

This app will allow you to find metal framing studs, nails or screws in walls: using the magnetic sensor of your phone, you will be able to find if there’s something in the wood, and display light in case the app find something metallic. Available for free on the AppStore with in-app purchases.

Using this phone and your app you will be able to find nails, studs, and wires within your walls. Just place your iPhone on the surface and this app will make sure to find any metallic item inside the walls. Available for free on the AppStore with in-app purchases.

Wall Stud Magnetic Detector by Gregorio Bello can be used to quickly detect wood studs hidden under walls, drywall, plasterboard, or stucco. Wall Stud Magnetic Detector uses your device’s compass (magnetometer) sensor to precisely pinpoint metal studs, nails, screws, and other metal fasteners embedded in all wooden wall studs. This app operates in a similar manner to other hand-held stud detector tools: as you move the device along the wall, the needle will move and a beep can be heard. The compass sensor detects subtle changes in the background magnetic fields caused by the conductive metal fasteners that are located in all wooden studs. Available for free on the AppStore with in-app purchases.

This stud finder is an app with a difference. It claims to be able to allow you to even see through walls! Yes, it is that effective. You can easily see studs, pipes, wires, beams & more behind your wall, without getting confused at the beeps, the lights, or the symbols that the gadget uses to indicate that you’ve located a wall stud.

On a standard stud finder, you may get a lot of false positives, because it simply looks for any and all obstructions inside walls, meaning that it sounds off or flashes its lights whenever it locates anything at all. This could be metal ductwork, pipes, electrical conduit, or those elusive studs. Walabot is unique in its ability to differentiate and prevent you from making a messy, costly, or even dangerous mistake.

A standard wood stud finder works by sensing density changes inside walls. Some of the older ones rely on magnetometers, and some use impulse radar, which is great for contractors who need to find studs underneath several layers of material. Still, there’s room for error since neither form of technology will tell you exactly what’s hiding beneath that layer of plaster or drywall. However, the Walabot wall scanner has the ability to detect different materials so that users can map their walls and eliminate the risk of expensive or dangerous mistakes that can happen when accidentally drilling into plumbing or electrical wires. It also detects movement inside walls, helping users pinpoint the location of pests such as mice and rats. Once it has been set up, the Walabot stud finder app works on drywall and concrete walls. It detects water pipes, conduit, wiring, and studs. When paired with the app, the Walabot DIY offers three useful modes.

The Walabot Pan Mode lets users map their walls. It provides an overview of everything hidden behind the wall’s exterior. Users can easily determine where best to hang objects, install cables, or even install new electric features such as lights and fans.

Walabot Image Mode provides real-time images of items inside walls as the Walabot device passes over them. Items are color-coded and labeled for easy identification, i.e. “wood stud” or “wire or pipe.”

Walabot Expert Mode allows you to detect intersections of Pipes, Wires, Studs and more. This mode is also a great tool to follow the path of the object, and even track movement in your wall and easily determine the location of troublesome household pests.

Thanks to Walabot’s ability to eliminate guesswork, it can also be used to help locate the best position to install lights and fans without damaging ceilings and walls, and it is ideal for installing network cables, too. Having the ability to locate embedded objects speeds up many home improvement tasks while helping prevent costly, unnecessary repairs caused by inaccuracy.

Walabot is budget-friendly and easy to use. Thanks to its ability to provide real-time imaging, it is ideal for contractors, electricians, plumbers, remodelers, and everyday people who want to make DIY projects easier by finding wall studs and other objects accurately.

The Walabot stud finder app is compatible with Android 5 and newer.
These phones must be supportive of USB On-The-Go. This app requires the Walabot DIY device to operate. Users should only download it once they have purchased, received, and connected their Walabot DIY devices.

This app will allow you to find metal framing studs, nails or screws in walls: using the magnetic sensor of your phone, you will be able to find if there’s something in the wood, and display light in case the app find something metallic. Available for free on the Play Store with in-app purchases.

Metal Sniffer: Metal Detector is an app for Android users that detects and locates nearby metals up to 30cm away. The app can also be used in detecting metallic studs behind walls. Available for free on the Play Store.

Metal Detector by Smart Tools is a free app that works together with a compatible magnetometer. With this app, you can check magnetic fields. It features some useful tools for metal detection and is one of the most popular apps for metal detection. Available for free on the Play Store.

Metal Detector by pineapple4 is a free app for Android devices that allows you to measure the electromagnetic fields that are close to you. It works with the magnetometer that your mobile phone carries by default. Available for free on the Play Store.

Metal Detector developed by Kurt Radwanski is a 1.1 MB tool for stud and metal detection for Android 2.1 and up. It features force-orientation settings that allow a user to lock in portrait and landscape. Available for free on the Play Store.

This app will use your Android phone to find any metal or wood stud, so you will be able to know if there is anything behind any wall or wood. Available for free on the Play Store.

Metal Detector by Dexati is a tool that uses a magnetic sensor to find the metal surrounding you. The app allows you to look for your missing item through sensors. This requires Android 4.0 and up. Available for free on the Play Store.

Stud Detector by Chatterbox Software is an app used to help you find screws, studs, and nails in walls. The features adjustable sensitivity, 3 distinct feedback level, and more. Available for free on the Play Store.

To conclude, there are a variety of different stud finder apps out there, available for both iPhone and Android users, which work reasonably well and are available for free. Easy to download, these should be very useful in the biggest of house-building or renovation projects or the smallest of tasks such as finding a nail in the wall! 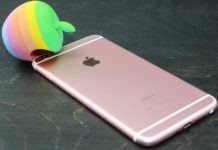 Want to fix your phone? Follow these tips to ensure the working of it 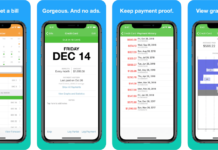