Are you planning a ghost-hunting adventure to solve the neighborhood mystery of the haunted house? It’s a terrific plan, as long as you arm yourself with powerful tech and innovative ghost-hunting gadgets. Professional ghost-hunters, or paranormal investigators, invest in sophisticated surveillance cameras and state-of-the-art equipment.

Keep reading to understand the significance of technology and gadgets on ghost-hunting missions.

Suppose a property is notorious for the presence of demons and horrifying incidents. In that case, buyers will never set foot on the premises, let alone consider making an offer. In such a scenario, sellers and realtors need credible evidence to dispel the claims or evict the paranormal tenants. They bring in paranormal investigators to gather evidence and offer a remedy to the problem.

Video evidence is of the utmost significance, and investigators spend hours examining surveillance footage to find cues and ghostly activities. The experts advise beginners to carry portable voice recording tools and cameras to gather evidence. To find these tools and gadgets, one can find plenty of options by searching SpiritShack online. Many investigators record their investigations and share them with a curious audience on YouTube and their websites.

It’s very lucrative to use your recordings to start a YouTube channel and build credibility as a paranormal investigator.

Modern-day ghost-hunters work with ancient paranormal theories and innovative equipment to conduct scientific investigations. Paranormal research reveals that alternating currents and electromagnetic residue can help detect the presence of a demon or spirit.

They use these gadgets to measure fields formed by irregular and discontinuous currents. There is no consensus on how these electromagnetic currents and traces come to exist. Each paranormal expert puts forward a distinctive opinion. Some argue that ghosts leave behind electromagnetic residue, while others focus on the energy vibrations of spirits.

Full-spectrum cameras enable nocturnal paranormal raids and investigations. You see, ghosts and spirits manifest themselves in the dark, and full-spectrum cameras carry powerful sensors. These sensors allow investigators to work efficiently in the dark, alongside increasing the odds of gathering credible evidence. A simple flashlight cannot do the trick because paranormal investigations require advanced methodologies.

A thermal camera is a dynamic gadget, and it lends credibility and reliability to the evidence collected during an investigation. It eliminates misinterpretations and helps investigators make well-informed and scientific choices.

Paranormal research and myths agree on the fact that spirits and ghosts create cold spots. The theory dictates that a spirit sucks out the environment’s energy to manifest itself, creating chilliness. Investigators identify active zones and hot spots by looking out for the cold spots in different property areas.

Many investigations monitor the ambiance of the environment and bring in thermometers powered with laser pointers. The thermometer is used with great precision because it’s normal for investigators to find drastic fluctuations at a 3-feet distance. The fluctuations are typically starting in one area and range from 15-20 degrees temperature drops.

Even disbelievers and cynics will find such evidence unusual and hard to ignore. Temperature fluctuations in the middle of the air are a significant cue to identify the ghostly presence. Today, ghost-hunters can invest in specialized thermometer guns and temperature-reading tools designed for paranormal investigations.

Many paranormal investigators with psychic abilities attempt to communicate with ghosts by calling them out. Electronic voice records are a must-have tool in a ghost hunter’s arsenal to record ghostly slurs and unusual voices. A smartphone recording app can also satisfy this purpose, but it cannot offer specialized gadgets’ sophistication.

You see, investigators record electronic voice phenomena. These are unexplainable and unusual recordings that sound like human voices after filtering and editing. Investigators rely on high-tech recording tools and sound editing software to receive and interpret communications from the dark.

Most recording devices pick up radio interference and spillovers from multiple broadcasting platforms and media. The responsibility of voice recording entrusts to a seasoned team member with experience and knowledge. Separating broadcasting spillovers and radio transmissions from ghostly slurs is a difficult and challenging ordeal.

However, sophisticated tech and gadgets make the process easier and more achievable.

Gathering credible and reliable evidence of paranormal activity is not an easy feat. Many experts believe that ghosts and spirits are conniving and mysterious. They appear mysteriously, and capturing credible and scientific evidence requires meticulous research and long-term surveillance.

Paranormal activity concepts are relative, and merging a ghost hunting investigation with scientific methods is an enormous challenge. There is no verifiable evidence or proven facts regarding the properties and characteristics of ghosts. Investigators rely on existing research, proven strategies, and myths to create a scientific investigation and gather evidence.

The reliance on technology is extraordinary as it offers them a framework, a scientific methodology, and presentable evidence. We strongly advise you to avoid going into a haunted property without a camera and recording devices. 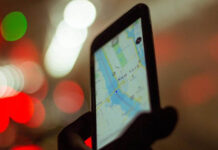 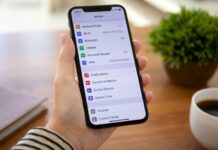