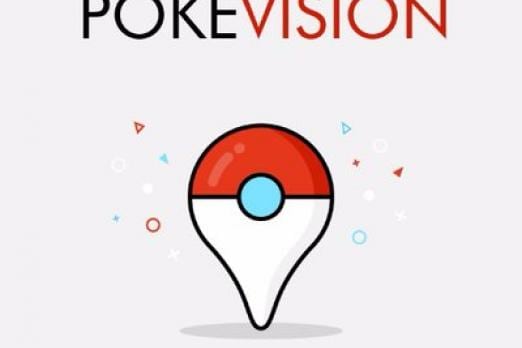 Pokemon Go is one of the very few mobile device games that has gained an enormous popularity in such a short duration. The game developed by Niantic for AR pokehunting has a lot of craze among it’s fans. However, you’ll see that it’s not so easy to win the game, especially to catch ’em all, when you use the app’ stock version. It’s going to take you a lot of time if you do that. But, soon after the game’s release, gamers and third party developers found an easy solution to this – Pokémon Trackers.

If you’re a Pokémon Go player you have surely heard of Pokevision. The app was the first Pokémon map tracker that was very popular among Pokemasters around the world. Soon, many other apps that worked on the same principle followed. Just a simple search on Google for “Pokémon Go tracking apps”, and you’ll see a ton of these.

What these tracking apps do is, they help the users in  tracking all those Pokemon which may appear in their vicinity and even in areas farther Away than the stock versions’ boundaries. Infact, to put it clearly, you can use these tracker apps to find Pokemons anywhere around the world in the game. Isn’t that cool ?

This is exactly why major tracking apps like Pokevision were such a huge hit. With these tracking apps on your device, you can locate Pokemons anywhere at any time. However, it’s not possible to travel around the world for most of us, but if you are patient, you’ll find almost all the Pokémon in the game in your area itself using these locators, as the Pokemons keep appearing and disappearing everywhere all the time.

However, it’s safe to say that Niantic has not taken any action on users you use such their party applications, but it may do something about it in the future. The most of Popular one of them, Pokevision, was already shut down by them followed by legal actions some time ago. Which is why, the list of its alternatives has been changing ever since, because Niantic does’nt want tracking apps such as these to be in the market. Therefore ,we must warn you, do not use any such tracking app or map locator app that asks you to connect your Pokémon Go account with it, because that would expose you and your account, and you’ll be likely to be among those getting banned by Niantic in the future.

The ban could be temporary, or even permanent. All of your struggle in the game, all your collections, everything would be a lost cause then, and you’ll have to start again from scratch. Why we’re saying this is because there already has been some strict action from Niantic in the past. Let’s talk about it.

Its no surprise that since Pokevision rolled out and got such a massive response, from 2016 there were a lot of websites and applications floating in the dark, sordid corners of the Internet, that worked just the same as Pokevision, to hint down the location of all sorts of different Pokemon scattered over any place.

The news spread around quickly and the apos kept gaining popularity. But the developers at NianticToday were concerned about these methods being adopted by the users, because they are but cheating. Therefore, Niantic declared it to everyone that these third party tracker apps would soon turn obsolete.

In 2016, Pokevision was shut down, which caused many other tracking app to be shut down by developers themselves, to prevent themselves from legal action. You can use the new Sightings tool to find Pokemons effectively, but nothing comes close to Pokevision. Are such apps still out there ? Yes. Should you use them ? Only as long as you stay anonymous