CarPlay is Apple’s innovative software that gives users the ability to control smartphone functions such as maps, music, navigation and text messaging through their vehicle’s dashboard touch-screen, voice commands, and steering-wheel buttons. Some cars are scheduled to embrace this system during the 2016 model year.

The concept of Apple’s CarPlay and other subsequent Android Auto was based on a revolutionary Apple iOS 4 feature known as “iPod Out” which was the result of a joint venture between the BMW Group’s Technology Office USA, California and Apple Inc. After years of cooperation and exploratory work, vehicles with iPod Out enabled in them had the necessary features to “host” analog videos from a supporting iOS devices. Furthermore, they can receive inputs from button presses and knob rotation on the car’s infotainment system and drive the “hosted’ user interface in the car’s built-in display.
if you have any doubt regarding Carplay then read What is Carplay

The iOS feature was initially announced in 2010 and first shipped by BMW Group vehicles as an implemented infrastructure in their cars as early as 2011. The BMW and Mini were known as “plugIn” and lead to the creation of the first cross-OEM platforms, pioneering the concept of requiring a car-specific interface for apps, as compared to MirroLink’s uncomplicated and insufficient mirroring of what was shown on the screen of the smartphone.

Apple in early 2016 released a comprehensive list of compatible vehicle amongst which includes the following:

Apple is partnering with several Car brands with no CarPlay compatibility, and includes the following:

Read More : How to Set up Carplay

The list of car models released by Apple natively supports the use of its CarPlay iPhone mirroring interface. Missing from the list were auto giants such as Nissan, Kia, and Toyota.

Ford was listed to have only one future model that is in support of Carplay, which is the Ford Escape. Ford announced in 2016 that it would bring Apple CarPlay and Android Auto to all its 2017 models by equipping them with the Sync 3 infotainment system. The Organization said it would integrate Sync 3 in all 2017 cars, SUVs, trucks and electrified vehicles. Ford Escape, Explorer, Mustang and Fusion already have the new in-car entertainment system, and other Ford models such as F-150, Edge, Focus, and the 2017 Super duty will pick up this integration later in 2016.

Read More : How Does Carplay Work

SYNC 3 is a significant leap forward regarding simplicity, functionality and user experience and Ford is intent on making its promise that new models will all be ‘smartphone-ready’ to become a reality soon. It is evident that Ford is not taking a traditional approach of introducing Google Android Auto and Apple CarPlay on a few models or as part of its luxury vehicle as an expensive option. Customers don’t have to worry about this anymore, because when they buy any 2017 models with SYNC3, it will afford them the opportunity to access these innovative technologies.

In 2016 model year, many mass-marketing brands such as Volkswagen and Chevrolet are taking the lead in their luxury vehicles by offering CarPlay on many models. Honda Accord and Civic and Hyundai Sonata are scheduled to feature CarPlay. The redesigned 2017 Hyundai Elantra is also going to make it available.

Auto manufacturers often use the word “scheduled” because it is possible for them to offer these features earlier, only to find out that to integrate a smartphone into a car’s audio system is no mean feat. It is not uncommon to find either Google Android Auto or Apple’s CarPlay made available on several vehicles at first, only for the other to be added later in the model year. It is also possible that the integration of one or both could be delayed.

Late- availability additions will be updated on 2016 vehicles that have been sold already, while owners can get connectivity later, either through an update they carry out themselves or at the dealership. Ford, for example, is to make a software update available for its Sync 3 infotainment system that gives car owners the freedom to use CarPlay and Android Auto.

Additionally, CarPlay and Android Auto systems could require specific audio systems or built-in navigation system on some cars so that they won’t be obtainable on all trim levels.

Some automakers have indicated that they will soon include CarPlay and Android Auto, so it is expected that more models will get them during the 2016/2017 model years. Below is an accurate list as at February 1st, 2016.

The Vehicles mentioned above currently do not have CarPlay or Android Auto on offer in their 2016 models. Toyota’s platform, SmartDeviceLink, which is an open-source version of Ford’s AppLink is currently under development. Toyota doesn’t have plans to add CarPlay or Android Auto system, unlike Ford. FCA has announced that compatibility will be coming with the generation of its multimedia system.

CarPlay works better with iPhone 5 and later versions, and it is advisable to test the program before you buy to ensure that you have a realistic expectation of the device and to ensure that it meets the plug-and-play promise. 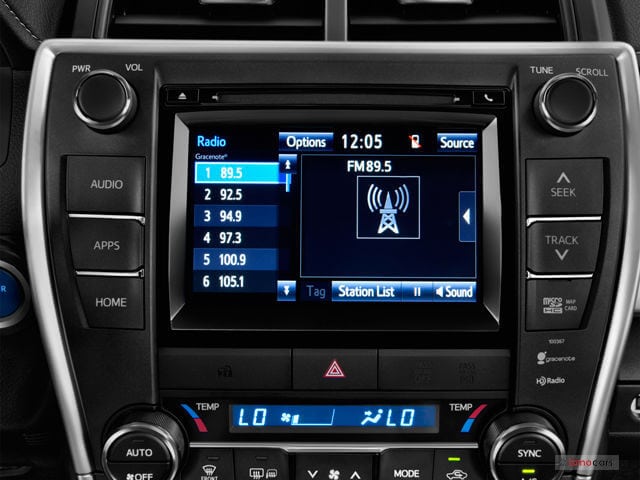 How to set up Carplay