Pro recorder is simple and easy to use with simple touch, release to pause and hold to record. It also provides various video filters. 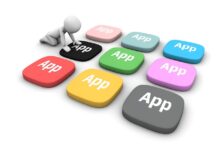 How to Update Apple id Settings And Fix issues…