We are about to serve you with what is hot out there amongst the public. This discourse is based on the popularity status of polling apps amongst users. Polling apps are tools that give users the necessities needed to create questionnaires which demand the opinions of visitors to websites, forums, and blogs. These are a list of the 8 most efficient ones, being ranked according to how much people are enthusiastic about them.

The Mentimeter is a polling app which allows users to form an interactive loop using polls on mobile phones. This app is one that is built around numbers such that a voting system is established amongst a large audience, based on critical issues at the moment; and responses are gotten from them immediately. After which the results are displayed in real time for all to see. Hence, it is a perfect tool for any classroom environment. Another endearing attribute about this app is that it is quite affordable. It doesn’t have to be installed for individuals to access it. Again, the Mentimeter app is supported by all kind of devices(Android, iPhone, Windows, Blackberry).

This one originated in December of 2011 and is designed to aid individuals who are on the internet to voice out their concerns by addressing issues or asking questions. MapYourVote is a platform that enables users to see the trending opinions on relevant subjects. These topics for deliberation are limitless, so they can be on anything that interests the people and are of value to them. The app developers did a splendid job by incorporating these responses into the Google Map so that the locations of which people responded from are highlighted. Users can view the results of current polls or create new ones by popping up fresh questions or topics, which are later rated on a scale of popularity.

AddPoll is a tool used for surveys online. It is a form and poll generator which aids its users to develop their needs even when they aren’t so technically proficient. The software developers have made this one to be as easy as possible; with diverse features and custom enabled accessories that suit the individual user’s needs. Based on this, people can create their favorite styles and save them as templates, which can be retrieved and re-used at any time, thus, solving the challenge of redesigning always. The AddPoll app possesses a lovely visual style, with creative freedom and professionalism too. The participants for each poll are invited via email notifications.

This one is an app that is based voting via text messaging system. Using this means, the poll is directed to the mobile devices of their prospective customers. Just like the Mentimeter app, it is also meant for live audiences; thereby making it quite suitable for classrooms, meetings, and any group of persons with common interest. The Poll Everywhere App is so efficient that it has even been used on television and radio, where a poll was relayed to the audience and they had to vote via SMS messages to a given short code. This app is available in almost all nations in the world, with each country having a different short code. Your mobile network service provider links you with the app. The results can also be accessed in real time.

Whether you want to create and take polls, quizzes, surveys, or collect opinions from various individuals; the Tezaa app is the right choice for you. It was initiated by Shalin Jain in 2006. On this platform, polls with a feedback loop can be created easily and fast too. Both past and current polls can be viewed by users, as well as their results. The app is structured such that it is convenient for users to create their polls. Again, various kinds of polls are a possibility; whether they be with open-ended questions or multiple choice polls.

Read More : Best Iphone Apps to Help with your Taxes

The PollDaddy App was created in 2006 by David Lenehan. This app supports polls and surveys for blogs, websites, and social network platforms. After the users have created their polls and surveys, then the app generates their widget code that enables them to post. There are options as to if the users would prefer user-answered, multiple choice, or single answer polls. Also, provisions are made for comments on the polls. The survey aspect of this app is in a format whereby the user fills his entries in blank spaces, meaning that there are no ready-made answers. One of two choices are to be made, either you develop your custom style or take one of the six already existing styles.

Many enthusiasts of this app claim that it is the easiest means to create polls for websites. The MicroPoll app is whole dedicated to helping its users to develop a well structured and effective poll online. Another impressive property of this app is that users are given absolute control to customize many details according to their taste; font sizes, poll borders, title background, answer types, and color of the background. The right to choose a particular format is given too; whether plain HTML, HTML with JavaScript, or inline frames. The high level of control and customization is what thrills their clients.

The Pollmo app was founded by Qualtrics, an American company with presence in the UK and Hong Kong  Here is one polling app that makes things seem so easy and straightforward. It takes just three simple and brief steps to create polls on the platform. The first thing you do is to type your question. Then, you give the different choices to answering the questions. These options will be entered with each one being on a horizontal line in a simple and plain text box. The last of the three steps entails that you make a choice of the theme color(skin type) you prefer; you will choose from the red, green, orange, maroon, or silver themes. After fulfilling these tasks, the app adds your poll to the website.

These are the eight most popular polling apps, meaning that users are actively engaged with them. If you are in search of a reliable and efficient app, all you need to do is to pick one from the list. 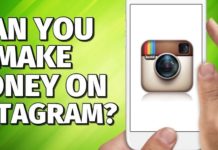 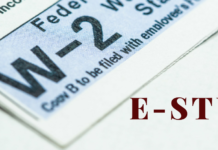 E-Stub: What Is a Pay Stub, and What Is the Importance of One? 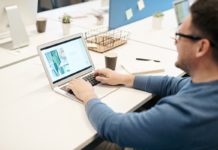