What is Carplay ?
The concept of Carplay involves the linking of a suitable iPhone to a compatible automobile, which launches the vehicle into a unique Apple’s ecosystem by the use of a touchscreen on its dashboard. This technology was birthed at the International Motor show in Geneva of 2014 and is becoming widespread. Most individuals who use the iPhone do stay glued to it until they move into their vehicles when they have to disengage and focus on their driving. So, Apple had to devise a means to extend her influence within the car unit, so that its users can still access her accessories like the iTunes radio, navigation, maps, calls, and Siri. The challenge that she had was that the previous automobiles weren’t designed to be compliant with the new technology, only the newer ones could be so enabled.

However, a few brand of cars had to be used at the initial stage, which included those of the Mercedes-Benz, Ferrari, and Volvo brands. Then many other types of automobiles also joined in supporting the vehicular-iPhone Carplay interface; they include Ford, Hyundai, KIA, BMW, Citroen, Toyota, Suzuki, Land Rovers, Nissan, General Motors, Honda, Jaguar, Peugeot, Mitsubishi, and Subaru.

Apple firm made their Carplay to function only with iPhones that have lightening connectors such as iPhone 5C, iPhone 5S, iPhone 5, and iPhone 6. Now it’s functionality has been extended to iPhones that have iOS 7 or newer operating systems. Any car that is enabled with the Apple Carplay technology will naturally synchronize with your iPhone device through the lightening connector. Once this connection is established, the iPhone Carplay can take control of the mobile set and carry out some functions. While linked together, it charges the phone, and it is capable of extracting every detail or information from it and displaying them on the screen of the dashboard.

Also, with the help of this infotainment interface, you can control and use the iPhone set through your car screen. Again, the steering wheels of these cars are capable of connecting to a unique voice-control button that displays its actions on the touchscreen of the car’s dashboard. Hence, these buttons on the panel can be used to interact with the iPhone device. This Apple Carplay can do the things that your iPhone could also have done. The difference is just that every of your iPhone’s features will be shown on the car’s dashboard screen. Another notable feature is that Carplay converts all of the manual processes into an all easy automation process, such that you use your voice to issue commands instead of your fingers.

The Importance Of Carplay To Apple’s Business

The emergence of the iPhone Carplay technology has helped the Apple firm to add another feather to its cap. There would have been no better time for this to surface than now; everything just seems to have fallen into place. This move appears to be a stepping stone to the futuristic Apple Car project that is presently in the pipeline. Their iPhones had swept off a lot of clients in the market environment such that it became the favorite of so many since it boosts of some qualitative features.

The idea to link iPhone’s platform to automobiles is indeed a revolutionary one and a historic move for the company. Not everyone used the iPhone or even accepted it as their preferred brand, as there were mobile devices that functioned by other operating systems like the Android OS, Windows OS, and the Blackberry OS; and these other options portrayed excellence in their way. However, with the introduction of the iPhone Carplay, the Apple business has expanded.

This growth has gone beyond just phones to cars, and cars of all make. What this insinuates is that a great portion of the market that weren’t iPhone users will embrace the Carplay system because it has been enabled in their vehicles. We already have a scenario where people who have vehicles that support the iPhone Carplay are being forced to purchase an iPhone or those who own an iPhone opting for a vehicle that can connect to the Apple Carplay technology. The mere glamor and effects of this technology are tempting enough to lure even the staunchest of skeptics. Business has opened up so well for the Apple organization because these various brands of vehicles are being manufactured in different parts of the globe and are also more used in those regions. So, this magnifies the popularity of the Apple Carplay brand and also boosts the firm’s image in a large dimension. She couldn’t have hoped for anything better.

Despite these positive strides, the Apple firm will need to be cautious of competition from her rivals, as well as being hyper-innovative to keep evolving and being relevant in the infotainment terrain. No reasonable car manufacturing firm will streamline its vehicle to just one platform. This negligence will prove to be too costly in the nearest future, as people who would have originally prefer to purchase their vehicles opting for those of other brands just because they have their preferred car-to-smart-phone interface.

In a worse situation, these customers will buy other vehicles which are enabled with a multi-platform, from which the users can choose his best smartphone infotainment system. Such situation will relegate the particular system that most users perceive as being the least regarding performance and quality to the background. So, the Apple firm must be on their toes to be on top of the situation, such that when compared to others, the iPhone Carplay will be ahead, or at least be able to measure up and survive the tussle. Hopefully, the iPhone Carplay can be a monumental success, leading to her numerous admirers and clients eagerly anticipating the revelation of the Apple Car, and what it has to offer.
Read  More : HOW DOES CARPLAY WORK?

Most of the cars produced recently by automobile firms have been engineered to work with iPhones to deliver the Apple Carplay interface. If you use any of such, then you should get this efficient Apple system enabled in your vehicle. It will automate most of the manual procedures that you have been carrying out before, that you shouldn’t even do while driving. The iPhone Carplay makes all the activities on your phone to be done with ease and within the driving safety limits. 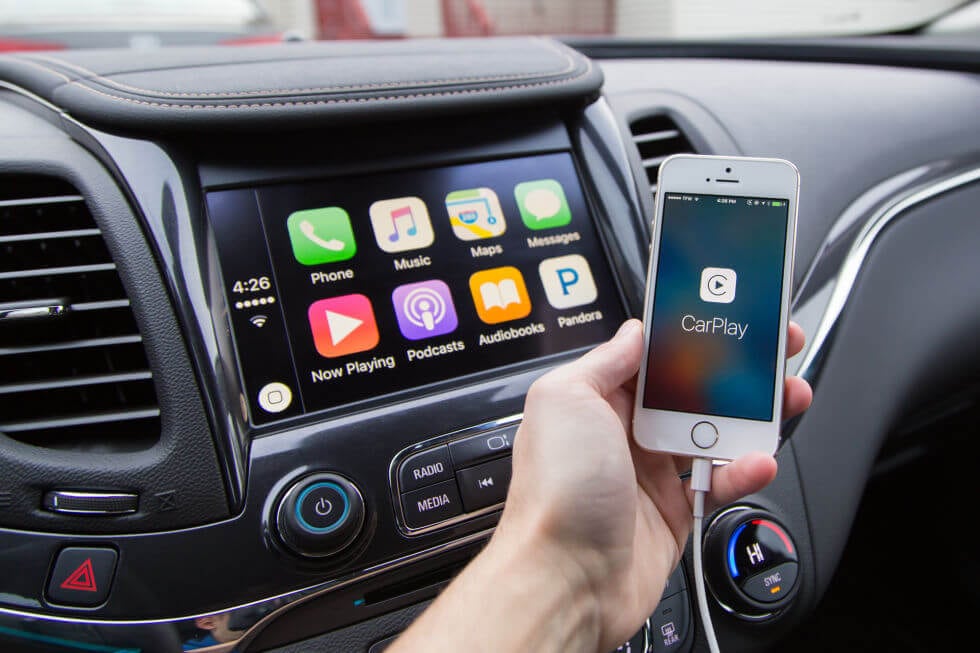 Article Name
What is Carplay
Description
The concept of Carplay involves the linking of a suitable iPhone to a compatible automobile, which launches the vehicle into a unique Apple’s ecosystem by the use of a touchscreen on its dashboard, you can try Siri voice control, Stereo buttons, dials, and knobs, Stereo touchscreen etc
Author
Shashank Jain 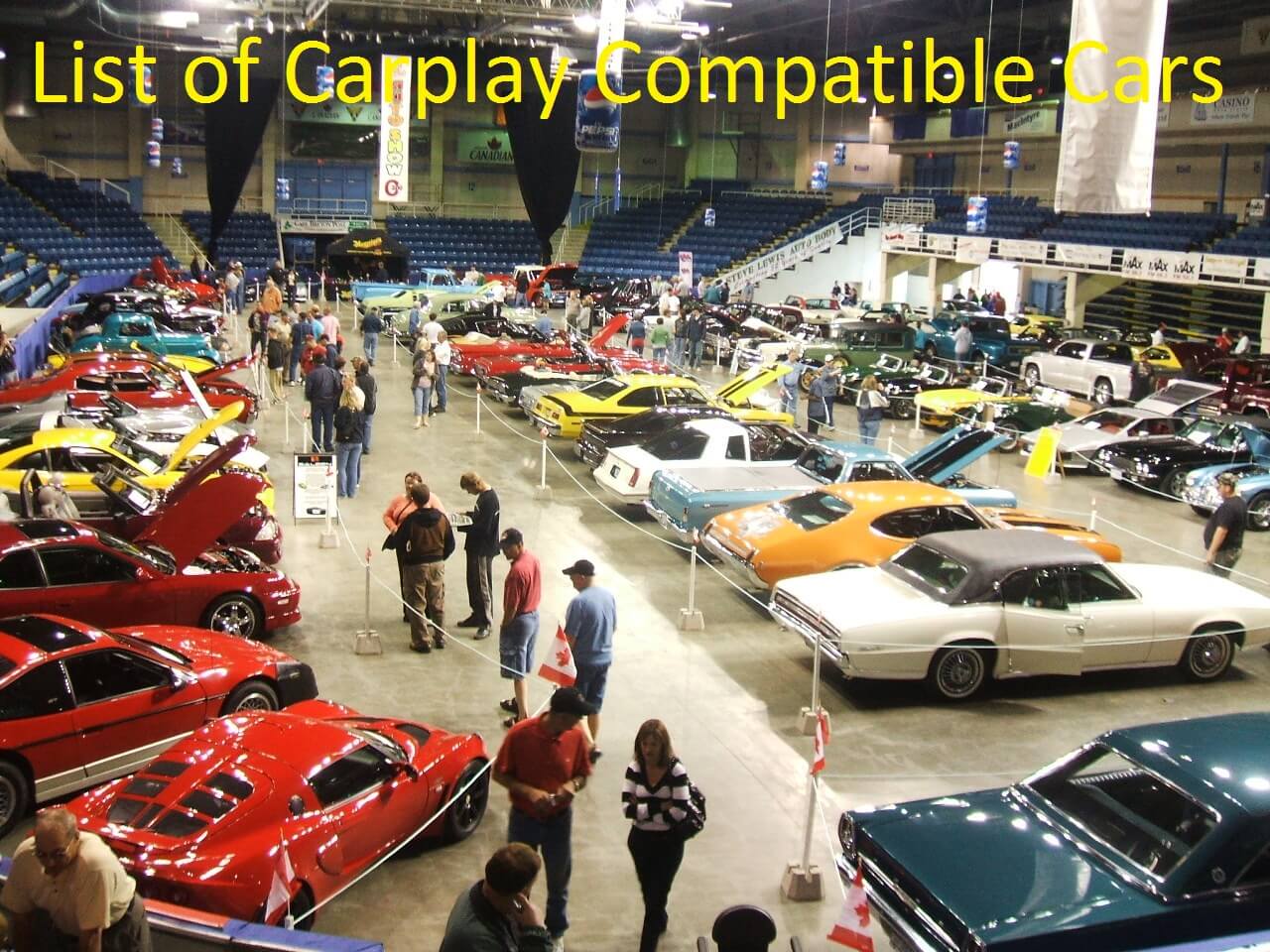